The American Dream: 15 U.S. Locations That Will Take Your Breath Away

The American Dream: 15 U.S. Locations That Will Take Your Breath Away


Many people from around the world just can’t get their head around the way in which a lot of American’s treat passports.

The most recent study has found that over half of the country don’t own a passport – suggesting that the majority don’t have any intention of setting foot outside of the fifty states. 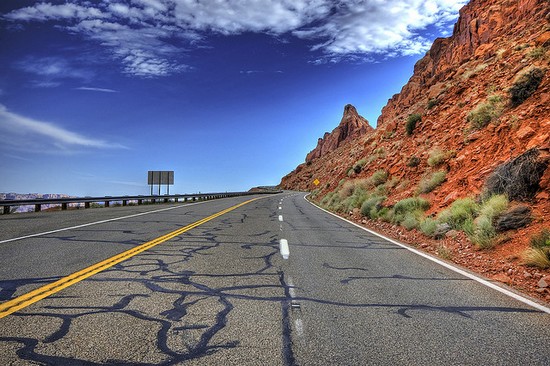 However, when you then proceed to put the U.S. under the microscope, it all becomes clear. This is a country which has plenty to offer and more, and houses some of the most unique and surreal places the whole world has to offer.

As you may have gathered from the title, we’re now going to delve into fifteen of these places. If you’re a U.S. resident; great, you don’t need to get hold of a passport. If you’re not, it’s time to book that plane ticket. Hold on tight… 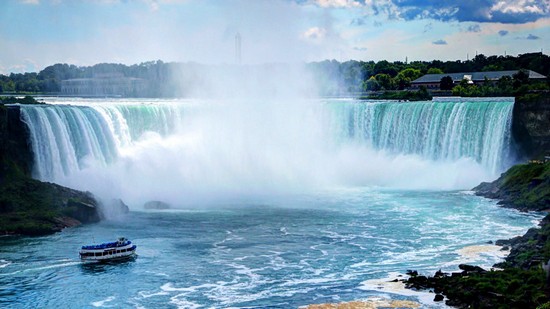 Let’s start with a classic; one that most of our readers will have heard of. Niagara Falls isn’t just one of the top places to visit in America, it also happens to be one of those destinations that is found on bucket lists across the world.

To say that it is breathtaking is an understatement; this isn’t any old waterfall, it’s one that encompasses three separate ones that have the highest flow of water of any waterfall in the world. 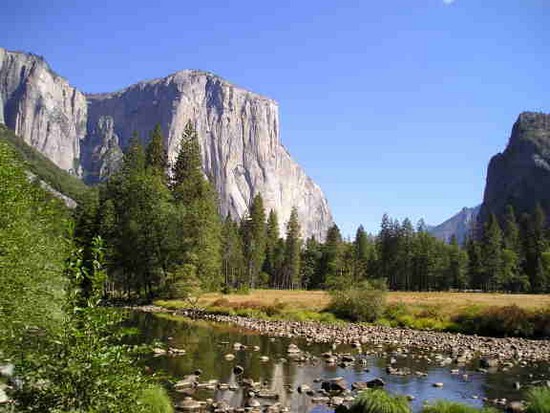 It might not be quite as renowned as the previous suggestion, but there’s no doubt that Yosemite Valley over in California has its own reputation that makes it worthy of this list.

Spanning over eight miles, the glacial valley again is unique in its own regard.

It’s covered by pine and granite and as well as boasting stunning views which are ideal for any budding photographers out there, it happens to be a favorite amongst hiking enthusiasts as well. 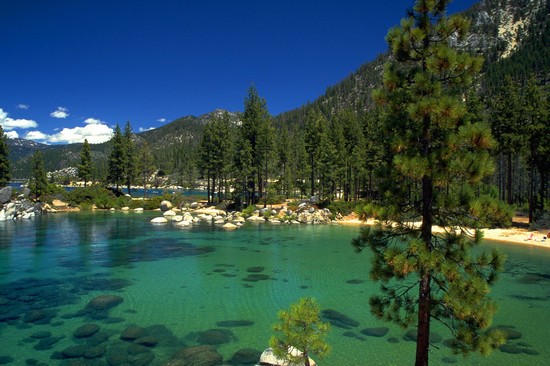 Situated between California and Nevada is Lake Tahoe – a location that can be described as utterly beautiful and nothing else.

It’s one of those locations that will regularly find its way onto the front of postcards, with the freshwater lake being crystal clear and surrounded by trees and rocks that just add to the occasion. For that additional wow factor, Lake Tahoe happens to be the largest alpine lake in the whole of North America.

It’s for the above reasons that Lake Tahoe isn’t just a favorite amongst tourists, but many locals who see it as the perfect area to take a vacation in. 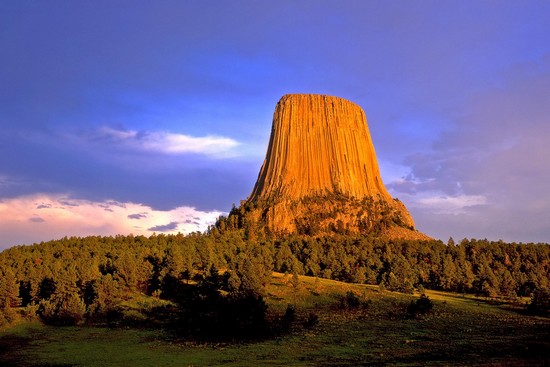 This is another member of the list which is probably known, with Devils Tower having some interesting ‘history’ behind it which adds to its beauty.

In short, this is a rock that spans no less than 5,000 feet above sea level. Subsequently, it’s unbelievable on the eye – with many people left scratching their heads at how one rock could have grown to such a tremendous height.

This is where the history steps in. Ancient folklore suggests that several local girls went out to play one day, only to be chased by bears.

After reaching the rock, it grew to the size it stands today and therefore saved them. Unsurprisingly, this isn’t the only story behind Devils Tower – it’s another attraction that traps visitors from around the globe. 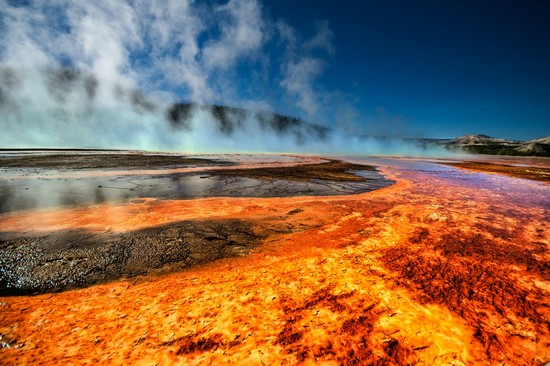 Staying in the state of Wyoming, we’re left with a completely different type of attraction. The fact that the Grand Prismatic Spring is the largest hot spring in America is sufficient for most visitors, but it also happens to be the third largest in the world.

As you would expect, the sights that the spring boasts are second to none – but there are further reasons to visit this area.

It happens to be situated within Yellowstone National Park. This is significant for a number of reasons, mainly because this park also contains the Grand Canyon of the Yellowstone and Morning Glory Pool.

In other words, you need more than a day to visit this exquisite site. 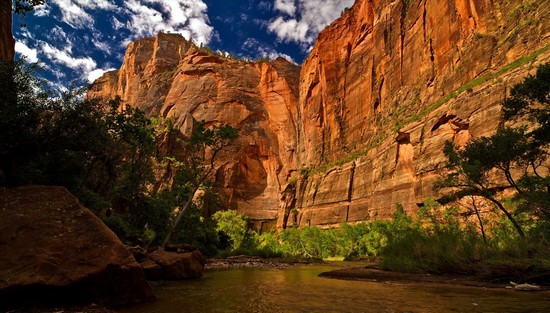 We’ve mentioned several high-profile destinations through this guide and there’s no doubt that Zion National Park falls into said category.

Apologies if it’s not one of the more surprising inclusions – and you’ve already been acquainted with it – but the scale of this National Park means that it simply cannot be ignored.

The geological structures that have been formed have all been made via the weather and the erosion of streams. A variety of white, red and orange rocks have been created in all shapes and sizes, creating an ‘amphitheater effect’. 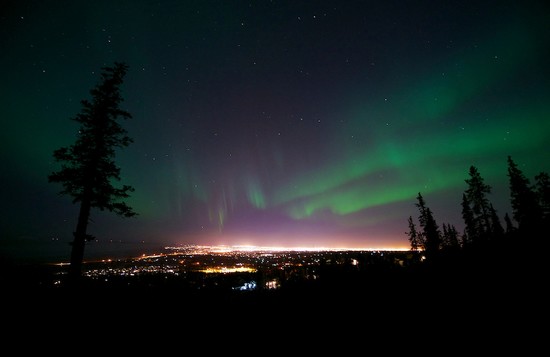 It doesn’t matter where you are in the world, the Northern Lights are always worth a mention.

Alaska’s are some of the best around and particularly if you visit Fairbanks and Anchorage, the sights are something else. It’s generally recommended to see them between September and April, which is where the biggest fascinations occur. 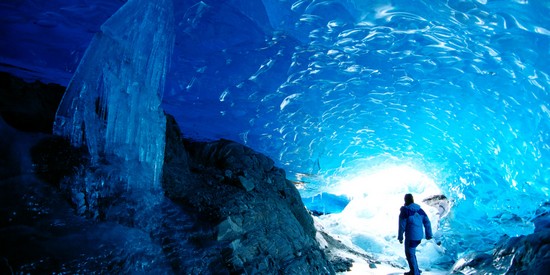 It’s another glacier, but another glacier that you simply have to visit. Staying in Alaska, the Mendenhall Valley of Juneau has some of the most stunning ice caves you’ll ever set eyes on.

Some of the sights are almost Avatar-like, so much is the surrealism-factor here. Not only does this place house ice caves, but if you venture far enough you’ll see ice clouds which, suffice to say, are rare to say the least. 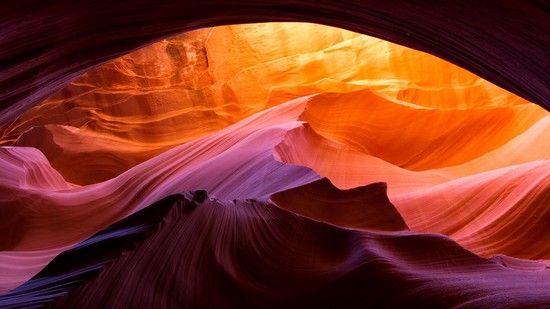 On the subject of surreal, let’s introduce Antelope Canyon. The colors that form this canyon are something else; take a photo here and it’ll automatically look like you’ve applied some sort of Instagram filter to it.

There are two sections to the Canyon, ‘The Crack’ and ‘The Corkscrew’ – both are worthy of a visit.

The Wave – Arizona (near the Utah border) 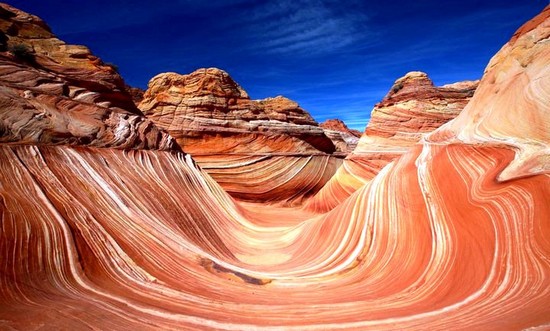 Our second Arizona suggestion is another that is more than easy on the eye. It’s certainly a case of wave by name, wave by nature; with this sandstone rock formation being yet another location that just doesn’t seem ‘real’.

It’s like stepping foot into a painting, with the colors, textures and general formation just being something else. 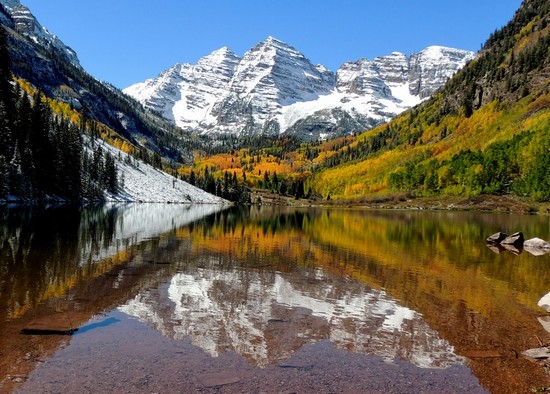 The previous two Arizona suggestions have had some sort of similarity between them – they’ve all been based on locations which can be described as utterly surreal.

This next member of our list is somewhat different. Maroon Bells-Snowmass Wilderness is something of pure natural beauty; it’s based in the complete wilderness and is surrounded by the Elk Mountains.

Any hikers around will be in their absolute element here, for there are no less than 100 miles worth of trails.

If you’re looking for city life you need to think again, this is something based over 180,000 acres and has everything from woodland, to mountains to greenery. 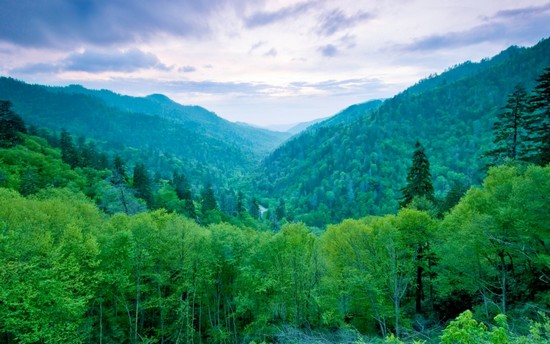 The Smokies are yet another attraction on our list which have garnered plenty of attention over time. As you will have probably gathered, this is another stunning mountain range which this time sits between North Carolina and Tennessee.

We don’t have to say much else here, apart from the fact it’s the most visited park in the country. To put this into numbers, over nine million people will visit the Smokies every single year.

There’s no doubt that this next suggestion is a little more difficult to access, with Nā Pali Coast State Park completely inaccessible by car.

It means that most will either fly over by helicopter, just to take a glimpse of the stunning coastal surroundings, or arrive for several days’ worth of hiking.

In relation to the latter, the only way to access Nā Pali Coast is via the Kalalau Trail – but doing so will not only provide you with some of the best hiking experiences you’ll have had, but also the ability to wander through caves.

Over in Oregon, there are few places that will compete with Thor’s Well. It might just be classed as a saltwater fountain, but the fact it is driven by the tide of the ocean means that it is immensely spectacular.

It literally appears like a well and if you can time your visit accordingly, preferably an hour or so before the high tide, you’ll see one of the most stunning sights in the country.

At the same time, we should issue a word of caution. While Thor’s Well is most certainly spectacular, the nature of it means it is also highly dangerous. In other words, exercise immense caution and pay attention to any local weather warnings before visiting. 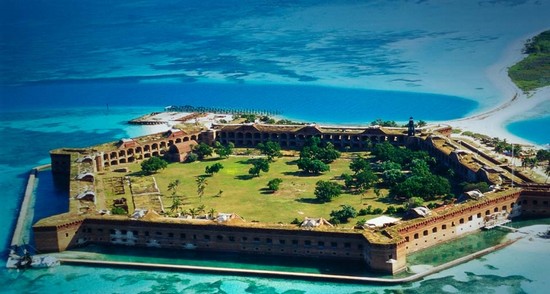 Finally, we’re in Florida. We’re finishing our roundup with a complete island, with Dry Tortugas National Park located around 70 miles away from the Key West.

This is another one of those ‘postcard locations’, with Dry Tortugas National Park situated around waters that are completely clear and saturated with beautiful sea creatures.

This is also one of those destinations which can only be accessed via boat or plane – it’s not somewhere where you can just spontaneously drive to unfortunately.