Most people make it their lifelong ambition to venture out to the Sahara at one stage, but combine this with a three day safari and you’ve just created the ultimate package. 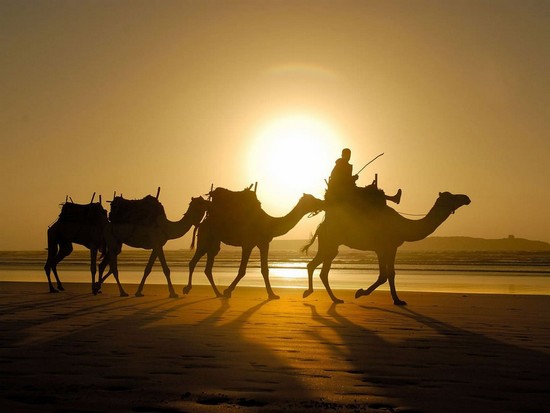 That’s exactly what is available if you can make your way to Hammamet though, with this three day trek covering all of the biggest and most cultural attractions that line the Sahara in Tunisia.

Here, we’ll take a look at just some of the events and trips that you will be pencilled in for. (Tour Pricing & Details)

No fewer than three different locations are included on the first day – four if you include the hotel in Hammamet where you will be picked up from!

The first is arguably one of the most spectacular on the safari, with the group being taken to El Jem.

This is one of the most famous places in Tunisia and while the amphitheatre grabs a lot of the headlines (after all, it is the second largest in the world), there is plenty more to see.

For example, there is a mosaic museum that always draws rave reviews from visitors, while if you time the safari right you might just be able to gate-crash one of the umpteen international festivals that are held in the amphitheatre.

The next stop is Matmata, with this offering a somewhat different experience. 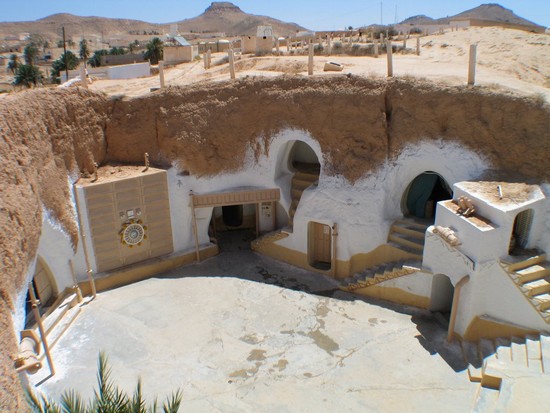 While El Jem has become quite heavy on tourism for obvious reasons, the village of Matmata is based around caves and was actually one of the locations used for the first Star Wars film.

Quite amazingly, we’ve only taken up half a day up until this point of the trip.

Following a short break for lunch in the village, the tour will then depart to Douz. 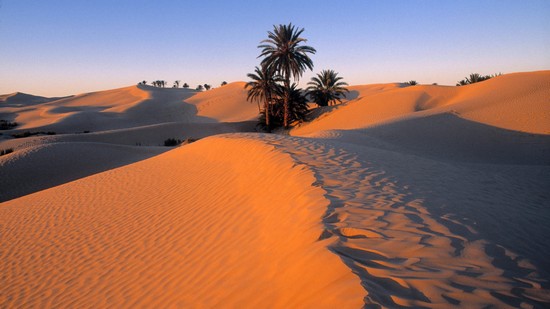 This is classed as the gateway to the Sahara and it’s for good reason, while most people opt to jump on a camel and ride over the dunes for one of the final activities for the day.

Following a stay in a 4* hotel, Day 2 involves the group departing Douz to cross the Chott El Jerid. 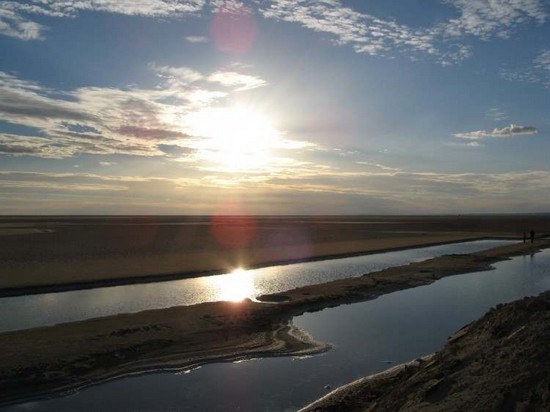 Once again, this is a truly spectacular way to start the day, with this being the largest salt pan that now exists in Tunisia.

While the weather and time of year dictates exactly how Chott El Jerid appears, few would disagree that it’s one of those sights that will stick in your memory for a lifetime.

The water evaporates, leaving behind a strong salt substance (not the type you sprinkle on your fish and chips, may we add) – making the sight utterly terrific. 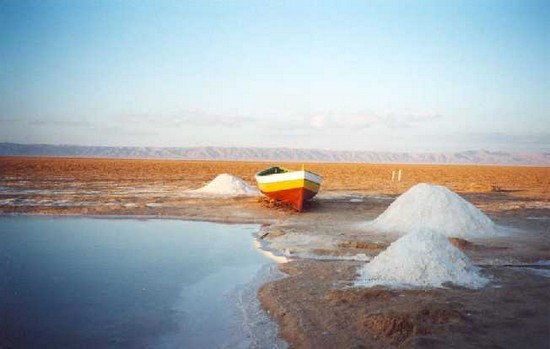 As you struggle to regain your breath following those marvellous sights, a stop at Tozeur beckons. 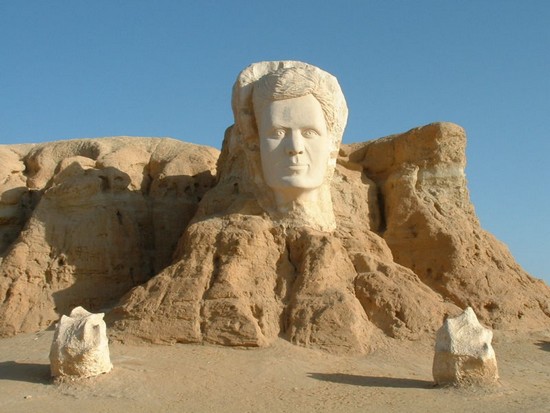 This prompts yet another different type of experience, with Tozeur classed as the “capital of the palm tree country”.

It’s not just the palm trees that make this experience though, with the architecture boasting a much more unique appearance due to the unorthodox bricks that are used in construction.

As such, it’s another element of the safari which just oozes culture – made all the more special by the optional horse and carriage ride.

Following a brief buffet lunch, the tour can take a rare turn for the relaxing.

Some people will opt to stick by the hotel, while others may wish to embark on an excursion to Onk Ejmel – which is another location where Star Wars was filmed. 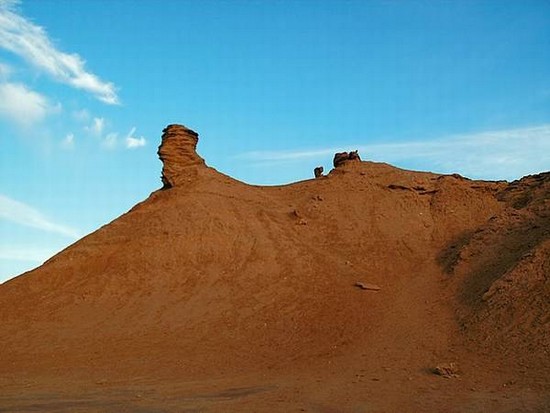 The final day of the tour is unsurprisingly busy, with the first stage involving a trip to Chebika and Tamerza. 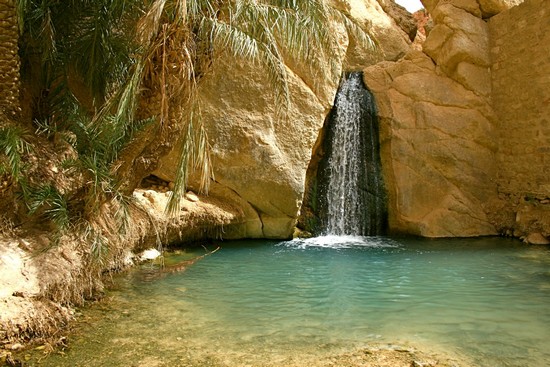 These are based high in the mountains and yet again, you’ll be quick to notice their beauty.

The fact that they are both trading posts (due to their location between Tunisia and Algeria) just adds more culture to the day.

A three-course meal then proceeds in Gafsa, before you’ll be taken on a long drive to Kairouan. 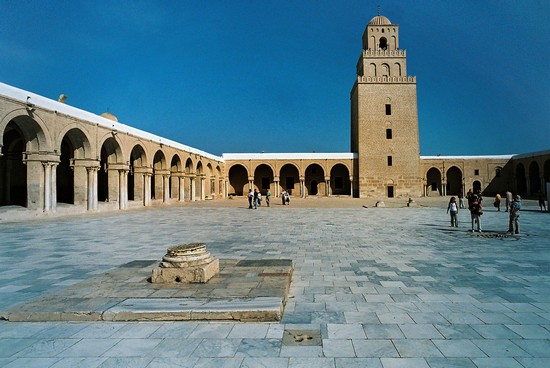 This is one of the most religious areas in the country, with the Muslim city having no fewer than 100 mosques.

It was built all the way back in the mid-7th century for Arab Muslims, although as well as the mosques there are plenty of other sights and attractions for visitors.

Unfortunately, the main mosque in the area is only reserved for the faithful in the afternoons, meaning that this has to be viewed from the outside.

Kairouan also boasts Aghalabitan water reservoirs, the Medina and plenty of other cultural attractions that set it apart from other destinations along the safari. 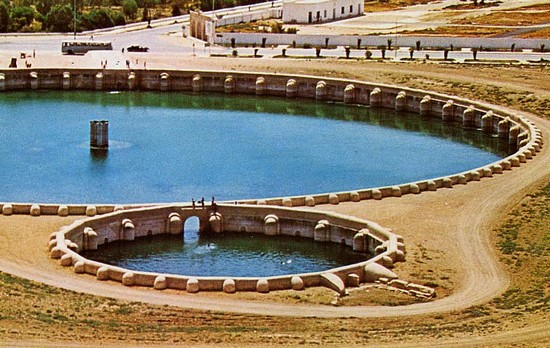 For example, it’s here where you will sample the famous Makroudh cakes made from date paste and semolina, while the region is home to some of the best carpet weavers whose creations are simply stunning.

Kairouan is the final stop in the tour, before the drive back to your hotel begins.