7 Attractions Which Must Be Added To Every Abu Dhabi Itinerary

7 Attractions Which Must Be Added To Every Abu Dhabi Itinerary


Over recent years it would certainly be fair to say that Abu Dhabi has come into its own in the way of tourism.

The expensive, luxurious and intriguing nature of this city makes it a firm favorite with tourists and if you are lucky enough to have planned a visit, there are a boatload of different attractions that you should be adding to your to-see list.

One of the main reasons why Abu Dhabi has proven to be so appealing over the years is because of its variety. While it’s hugely religious and cultural on one hand, on the other it has some of the most fascinating modern wonders of the world. It means that there is plenty to suit everyone, as we’ll real off our seven favorite attractions that simply must be visited if you are making the trip to Abu Dhabi.

Let’s start with an attraction which should set you on your way to fully understand what Abu Dhabi is, and the history behind it.

Qasr- Al- Hosn is the oldest stone building that Abu Dhabi has to offer. It’s unique in the way that its entire structure is made out of stone, most probably due to its previous military uses. Initially, it was used as a watch tower, before then being used by the city’s sheikh as his main residence.

Nowadays, it’s mainly geared towards tourists. While not all of Qasr- Al- Hosn is open to the public, you will get a glimpse of what life used to be like as well as being able to enjoy the museum that sits within the grounds.

It’s the perfect introduction to Abu Dhabi and allows you to not only discover history, but revel in the building’s beauty. Many visitors are also impressed by the huge collection of weaponry which is on show, with much of this dating back many, many years.

The observation deck at Etihad Towers

We’ve all come to know Etihad as one of the most modern and forward-thinking brands over recent years, so it stands to reason that their name endorses one of the primary attractions of Abu Dhabi.

If you’re looking for the perfect platform to set eyes on this sprawling city, look no further than this observation deck. While the towering buildings are mainly used as hotel accommodation, most people simple visit to bask in the glorious views. 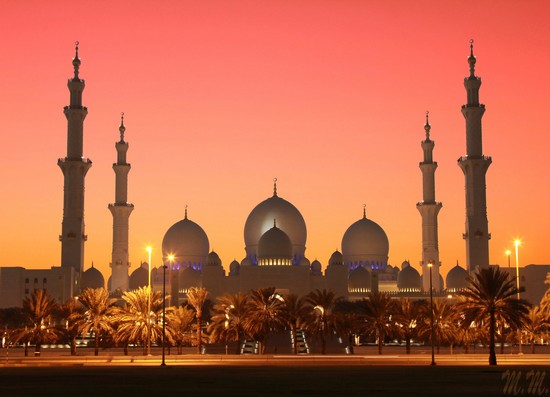 We’ll now return to one of the more cultural buildings that Abu Dhabi has to offer, with this arguably being the grandest and most prestigious as well. The architecture of Sheikh Zayed Grand Mosque cannot be put into words, with the building taking advantage of mosaics, glass and carvings that depict general Arabic culture.

The big difference between this mosque and others around the world is its short history. It might be one of Abu Dhabi’s landmarks, but let’s not forget that it was only constructed in 2007.

Additionally, it took an incredible twenty years to build – which should highlight exactly how grand the monument is. When you consider that over 41,000 people can worship here at any given time, this timeframe is almost understandable.

Another difference with other religious landmarks is that tourists are welcome at all hours, regardless of their own religion. Additionally, guided tours are regularly provided.

This is one of the more unique attractions on our list and if you are looking to sample local art, this should be on your itinerary. As the name suggest, all of the work on offer is made by local women, with many showcasing their skills in front of browsing customers.

Everything from weavings to Arabian oils are on offer here, while some women may decide to opt for the henna which is of course hugely significant in Abu Dhabi.

This attraction is government-run and you should not be mistaken into thinking that this is merely an alternative to the local markets that are on offer at most other tourist-focused countries.

For example, as well as being offered products to buy, visitors can regularly watch demonstrations which show just how some of the most cultural local artefacts are formed. This is one of the primary reasons why a lot of people choose to take a trip to the Women’s Handicrafts Center. 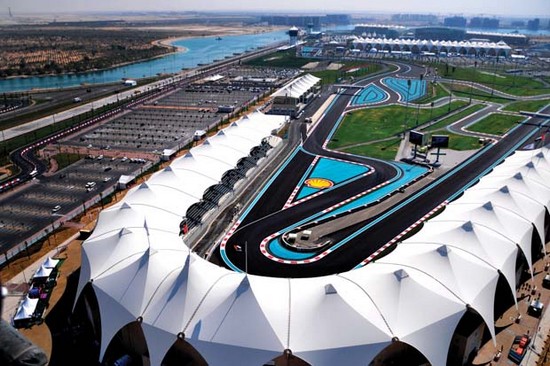 This is yet another one of the hugely modern and contemporary attractions that this city has to offer. The beauty about Yas Marina circuit is that it’s not just pretty on the eye – it also allows you to enjoy a magnitude of activities.

Once you have taken in the gleaming reds and blues that shine from its artistic roof, it’s time to decide whether you want to sail locally on a yacht or merely enjoy a walk along the promenade.

There are countless restaurants that accompany this attraction, most which are blessed with pleasant terraces, and allow you to take in the sights of the marina as you dine. 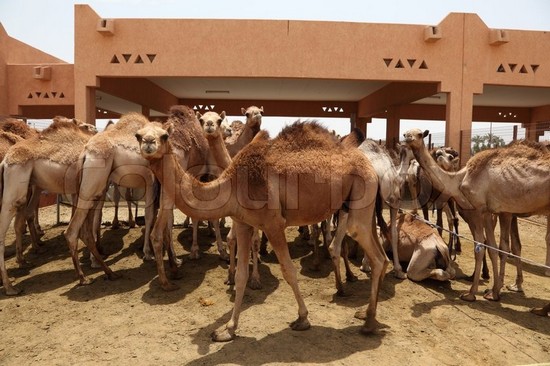 While some of the attractions on our list may have been difficult to understand with the name, no such mistake will be made with this next one. However, this isn’t just any old camel market – quite unbelievably it’s the last that now exists in the entire United Arab Emirates.

There is a certain charm that surrounds Al Ain Camel Market which will always be taken in. As well as being able to take a look at all of the camels that are on offer, and of course take advantage of umpteen photo opportunities, you’ll get the chance to see some expert barterers at work.

From sales pitches to driving hard bargains, some of the individuals who form part of the day-to-day trades in this market are worthy of a visit alone.

Some people will use a tour guide to make sure they view all of the important parts of the market, although many believe that walking around freely is the best way to enjoy this unique experience. 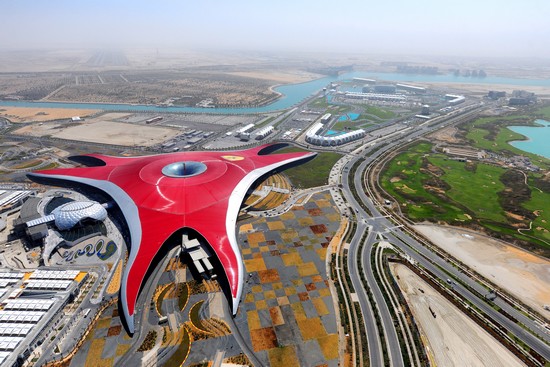 Lastly, it’s another attraction with a big brand attached to the name. Many people immediately come under the impression that this is just a place for Ferrari to show off their latest racing cars – although this could not be further away from the truth.

In short, this is one of the most exhilarating theme parks that you will visit. Ferrari are known for their speed on the track, and they have attempted to implement this into their theme park with the introduction of the world’s fastest roller coaster, Formula Rossa.

While rollercoasters are at the forefront of this theme park, there are of course plenty of other rides including simulators and some smaller rides that are appropriate for children.

Quite incredibly, all 86,000 square meters of this theme park are indoors. As such, it’s not just a spectacular theme park, it’s the largest one of the indoor variety in the world.